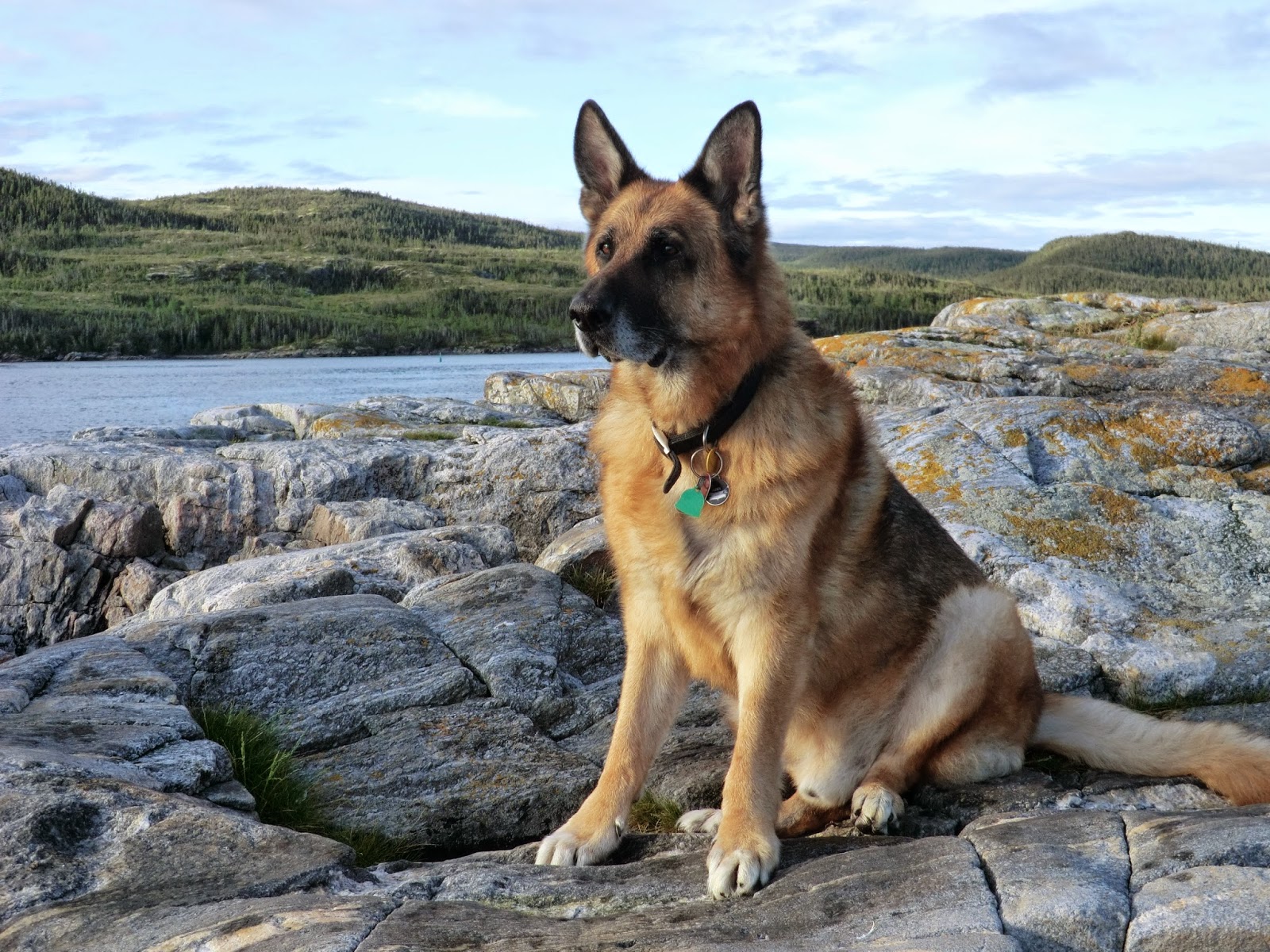 On Monday, August 4, 2014, I discovered a large mass on Leben's head.  After two visits to the vet hospital, the doctors diagnosed what he had as a tumor.  I took him home on Wednesday and his condition deteriorated rapidly over the next two days.  By Thursday night, he had lost his entire pleasant life.  Today, the vet came to our home and put him down as I held him in my arms.  Nature tried many times to take this dog down and failed, but finally found an insidious way to do it.  Never did I imagine that a dog could be so loyal and obedient as Leben was.  He was the consummate good dog.

On Monday, I shall take his body to the pet crematory myself in West Virginia and stay by his side until I can take his ashes him.  He always wanted to be with me, and I shall honor that even in his death.

I miss that magnificent dog so much already.  I miss the team of Leben and Erde.

Note: The photo of Leben was taken in August 2011 in Pinset Arm, Labrador, on our second cross-continent road-camping

P.S. After Leben died, I wrote an essay for the  Washington Post about him, which they published August 24, 2014.  Here it is below: