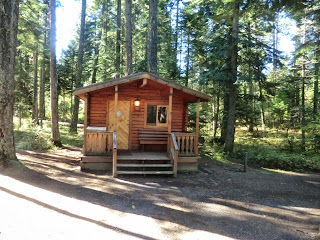 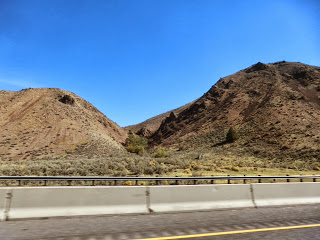 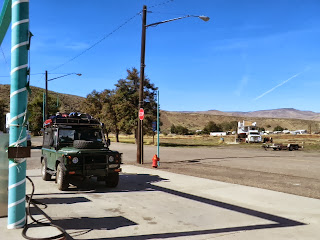 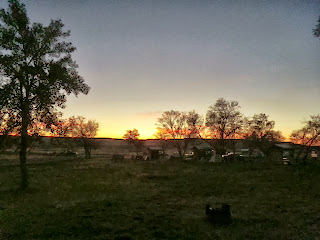 what an absolutely fantastic drive it was through both Washington and Oregon. Mountains galore in Washington, and then in Oregon sand hills covered with grass clumps and brush, expansive plains, and valleys, train tracks running by the road, all reminiscent of scenes from those old Western movies, and then after a scary drive over a summit rosd, trees, trees and more trees.

Emigrant Hills Park was not something i expected. what a pleasant surprise. if all state parks we modeled after this one, cities would be empty on weekends. i checked out their $39/night cabins, which I would have stayed in if it had been raining, and what a deal. Thoreau would have killed to have stayed in one of these. why are all these great parks 3000 or more miles from my home?

i had just enough gas to make it to the next gas station 60 miles up the highway in a small town called Huntington, but one i got there the one station there had run out of gas. the next gas station 26 miles up the highway. I had emptied my spare can before i got on the ferry so had no extra fuel. Fortunately, i found some local who sold me 2 gallons from his private stash, and made it up the line. But for some inexplicable reason, the red Check Engine light on my dashboard has gone on. still another problem? i will ignore it as long as the Defender is running fine.

i hoped to stay in the Bruneau Dunes state park near Mountain Home but they did not take reservations for tonight and had few sites left when i called at 4pm because it is a weekend night, and a beautiful one at that, and all the National parks are shut down thanks to our incompetent politicians in Washington. Not one for discouraging easily, I took my chances and drive the 25 miles out of the way down this extraordinary back road to the camp. i expected to run into John Wayne, Randolph Scott and Audie Murphy riding out of the hills on the way down. As good luck would have jt, we arrived at 5:30 and got the last campsite. It is like an oasis in the desert, with huge dunes surrounding the camp in the distance. We have an enormous panorama of a clear sky tonight and there are more stars out now than i ever thought existed until Carl Sagan corrected me.

Tomorrow we head for Utah. who knows where after that?

photos in include:
- our Emigrant Hills site
- quaint cabins at Emigrant Hills
- just imagine 300 miles of scenes like this thru Oregon on a wonderful road
- the Defender, out of gas, in a small town waiting for me to find someone to sell me $10 worth.
- sunset over the dunes at Bruneau Dunes Camp. I have seen almost 50 different sunsets and sunrises in the last two months.
-