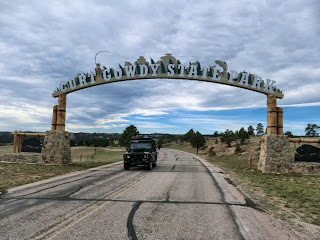 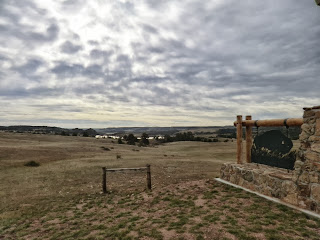 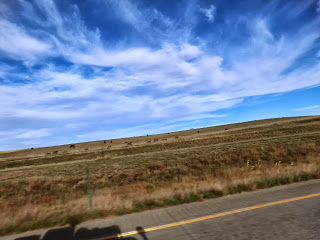 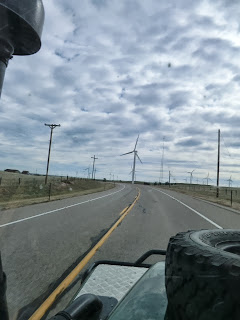 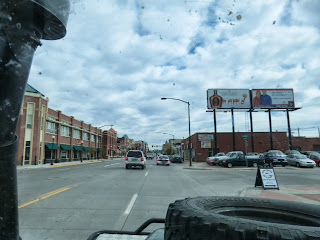 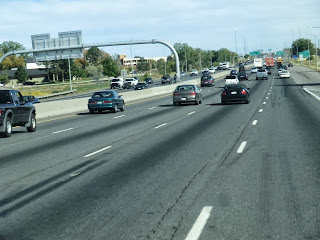 we paralleled the Rocky Mountains until Denver and then got onto Interstate 70, the road that will take us home. before i started to KOA-cabin it home, i wanted to tent one more night. the only state park in Colorado off 70 and a decent travel from Cheyenne was Bonny Lake State Park. When i was about 2 hours away, i discovered that the park was closed except for primitive camping, which is what i have been doing for most if the trip anway. when i got to the exit for the park, i looked at the sun and realized that i would be arriving after dark, which would be no fun for any if us. also, i would have an extra hour's drive tomorrow,and would have to get up later, and lose an hour breaking camp, all on top of the time zone change loss of one hour. in the interest of time on the road, not to mention need if a shower and laundry, i drove on for an hour to a nice little KOA in Kansas, where we got a cabin for the night. i could live in one of these fir a year, they are so quaint. as soon as i lifted Leben from the Defender, he made a bee-line right away for the cabin, which is one of the reasons i stay in them, i.e., they are all alike and the dogs feel at home in them. although it was a tough decision for me to give up tenting on this trip, it was a wise devision.

the scenery after Denver changes dramatically, all plains, as far as the eye can see. but there is a certain beauty in all of this, especially at sunset, so the drive was not boring.

some photos...
-leaving Curt Gowdy park
- the park lake from the way out
- started to see more cattle in Wyoming and Colorado (but also saw lots of cattle trucks going you know where). these cattle have in good compared to most cattle, confined to those unethical and obscene CAFIs, combined animal feeding operations.
- more windmills here than cattle
- downtown Cheyenne. nest place. all brick buildings on the main street
- the ugly part of the return trip, the traffic near the cities,min this case, Denver. more cars than cattle and windmills.