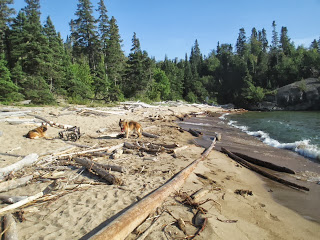 Below photo is our camp (38) at Pukaskwa.  This is the spot where Leben became paralyzed last year.  We had better luck, this year.  And Erde did not pull me out of the tent at 5am to chase a bear, as she did last year.  Good dog.  Good bear (for not showing up). 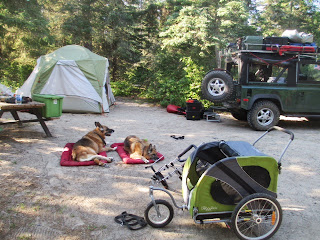